This Advertising Agreement ("Agreement") is entered into by and between you, the advertiser ("ADV") and Trips with Pets, Inc., a North Carolina corporation ("TWP"), with principal address at 3650 Rogers Rd. Suite 259, Wake Forest, NC 27586. WHEREAS, TWP is engaged in the business of providing Internet products and services, including advertising services; and WHEREAS, ADV desires to purchase advertising services from TWP as specified in this Agreement. NOW, THEREFORE, the parties agree to the following terms and conditions:

1. DEFINITIONS. (a) "Advertisement" means the text, possible web link, and/or graphic file or file of such other format as TWP may designate from time to time, supplied by ADV to be published by TWP on TWP's Web Site and which may contain a link to ADV's web site or to a web site specified by ADV. (b) "TWP's Web Site" means a collection of SQL Database and HTML documents accessible by the public via the Internet at the Universal Resource Locator ("URL") http://www.tripswithpets.com, or such other URL as may be designated from time to time in writing by TWP. (c) "Advertising Program" means an ADV's particular selection and purchase of advertising space and services for publication of its Advertisements on TWP's Web Site.

2. TWP SERVICES. (a) Advertising Services. TWP will publish ADV's Advertisements on TWP's Web Site according to the level of service on the Advertising Program. ADV shall retain all right, title and interest in and to its Advertisements (including the copyright ownership thereof). (b) Advertisements are based on location on TWP's website and NOT based on site TWP traffic statistics such as number of page views, unique viewers, visitors, etc. TWP makes no guarantees about the number of times the ad is displayed or how many visitors view ADV's Advertisement. The Advertisement is based on the agreed upon location(s) on the website between ADV and TWP as set forth in the Advertising Program. (c) No Warranty. TWP will provide ADV with statistics periodically upon request. Neither ADV nor TWP makes any warranty, express or implied, as to any matter, including, without limitation, services provided hereunder or their accuracy, or the number of page views per specified period or any other statistics with regard to TWP's Web Site or ADV's Advertisement. Except as expressly stated herein, each of ADV and TWP expressly disclaim the warranties of non-infringement, merchantability, and fitness for any particular purpose.

4. ADVERTISING PAYMENTS. ADV shall pay TWP according to the prices and terms listed in the Advertising Program.

5. LIMITATION ON DAMAGES. (a) Limitation. In no event will Company be liable to ADV for any lost profits, lost data, costs of procurement of substitute goods or services, or any form of special, incidental, indirect, consequential or punitive damages of any kind (whether or not foreseeable), whether based on breach of contract, tort (including negligence), product liability or otherwise, even if TWP is informed in advance of the possibility of such damages. TWP's total liability under this Agreement is limited to the payments received by TWP from ADV hereunder for the current term of this Agreement only, without regard to any previous agreements or versions of this Agreement between the TWP and the ADV. (b) Failure of Essential Purpose. The parties have agreed that the limitations and exclusions of liability specified in this Agreement will survive and apply even if any limited remedy specified in this Agreement is found to have failed of its essential purpose. (c) Basis of the Bargain. ADV acknowledges that TWP has set its rates and entered into this Agreement in reliance upon the limitations of liability and the disclaimers of warranties and damages set forth herein, and that the same form an essential basis of the bargain between the parties. 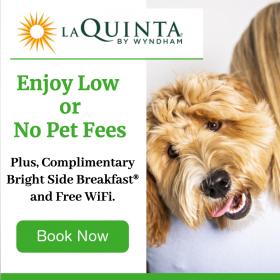 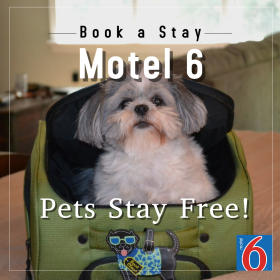